…I need your help, bloggie people, because I REALLY need to sell these boots for as much as possible. I hate to use this blog for something like that, but a girl’s gotta do what a girl’s gotta do. And you can’t blame me for that :).

So please, spread the word to your friends. Any help will be greatly appreciated!

Hi folks! As you may have noticed, posts have been lacking lately. I’ve been in a blogging slump. I just haven’t been in the mood and don’t see that changing quite yet. So I’ve decided to “officially” take a blogging hiatus until after Thanksgiving.

I hope you all have a great Thanksgiving holiday!

And to my fellow Whovians, Happy 50th Anniversary!

I assume that by now most of you have caught a glimpse of the recent tragedy that has befallen the Philippines in the form of Typhoon Haiyan. Estimations are currently saying that over 11 million people have been affected, and the death toll is currently hovering at around 10,000 lives lost.

When something so tragic and out of our control happens, we often feel hard-pressed, wanting to help but not knowing how or where to start. Most of us do not have the means or the opportunity to go to the Philippines. We can help in other ways, though. And that’s where organizations like UNICEF come in.

“She’s asking for money.” “This is depressing, I don’t want to read this.” These may be a few of the thoughts that came to your mind just now. You may roll your eyes here and not read the rest of this. That’s your decision. I’ve done it before. But this is something I care deeply about & I ask that you stick around until the end and genuinely consider what I’m asking of you.

As you guys have seen in previous posts, I’ve become involved with UNICEF, especially the Next Generation program. And today I received an email from the NextGen’s deputy director and founder updating us on the situation in the Philippines:

Many areas are still inaccessible and are without electricity, clean water, medicine, and food. Many of the sanitation systems in the affected areas have collapsed. This all leaves the people, especially children, weaker and more susceptible to disease.

UNICEF’s funding was already being stretched before Typhoon Haiyan hit: the 2013 yearly appeal total of $30 million being only 13% funded. We can help here. We can donate, and spread the word, and provide UNICEF with the tools and supplies they need to help the displaced millions, especially the children, in the Philippines.

Every little bit helps. I know we hear that all the time. But I believe it’s true. Look at Oklahoma and the disaster we saw caused by the tornado in Moore. Look at all the help that has come to our state. Where would we be without all the people who donated? You would be amazed at what difference a few dollars can potentially make.

That is why I encourage everyone who reads this to please join me and donate! Here are some ways you can do just that:

And another week is here! Do you realize that Christmas is a mere 6 weeks away?! Craziness, I know.

Let’s start things off with a quick weekend recap, shall we? The biggest event – I saw Thor: The Dark World with friends. And I thoroughly enjoyed it. I would have liked to see more Heimdall and more Loki (always more Loki), but I really liked the movie. Unfortunately, I am now ready for the next one. Don’t get me wrong, I’m very excited for Captain America: The Winter Soldier next year, and Avengers 2 in 2015. But neither of those will have my favorite villain in them. So I need a green-light announcement from the the geniuses at Marvel in regard to one of the following:

Other than movies, I made yummy Irish stew, I started working on ideas for my Christmas cards this year, and I successfully watched about 9 hours of Doctor Who on Sunday, meaning I am caught up to series 7 part 2. Unfortunately, 7.2 isn’t available on Netflix until the 23rd a.k.a The Day of The Doctor. How idiotic is that?! It also isn’t airing anywhere on TV (BBCA is vague on what exact episodes are going to show during Doctor Who Week), or online that I can find. And believe me, I tried. So I made a decision, because I am impatient. I bought it. It arrives today. And I probably shouldn’t have, but I absolutely MUST be all caught-up by 1:50pm next Saturday.

And that was pretty much my weekend. I think it was a success.

Now, seeing as it is Tuesday, I think it’s time for Top Ten Tuesday hosted by The Broke and the Bookish! This week is top ten covers you would like to redesign. I couldn’t think of ten…actually, depending on how you look at it, I thought of more than ten. Nevermind, here is what I came up with:

And I think that’s it for me today! See you ladies and gents tomorrow with some music!

I now have 17 days to get all caught up on Doctor Who. A tall order? Yes. I guess I will just have to commit myself to binge-watching multiple times over the next two and half weeks. What a shame, it shall be so torturous… 😉

There will, of course, have to be a wee break tomorrow evening around 8:30ish because I will be GOING TO SEE THOR: THE DARK WORLD!!!!!! Can you tell I’m just a little bit excited?!

Now, on to music!

It has already been a musical week on the sydney project, but today is the official “music day” on this here blog. In tune with last week, I couldn’t settle on one particular artist to feature, so instead I have my most played songs thus far this week on Spotify. Artists include Haim, The 1975, The National, Roo Panes, Marcus Foster, CHVRCHES, Great Peacock, JT, Peter and The Wolf, One Direction (though it seriously pains me admit it), and The Oh Hello’s. Oh, and Andrew Belle. And McFly would be on here, but seeing as there is no music newer than 2009 on their Spotify profile, you can go to Monday’s post and listen to their new single that I have listened to 9 times already today. You’d think I would get sick of it, but: nope.

Yep, it is Top Ten Tuesday hosted by The Broke and the Bookish! But, before I get into bookish things, I have more music to share!

I’m so very excited because the full Inside Llewyn Davis soundtrack is streaming on NPR!!!! You should be fully aware by now that I’m anxiously awaiting the release of this film (December 20th, though I’m betting that’s a limited release and it won’t actually be showing around Stillwater America). And you should be, too. I have no doubts whatsoever that it is going to be incredible, and possibly my favorite movie of the year. Actually, I’m betting it’s going to become one of my favorite movies ever if the soundtrack is any indication of the film. It’s beautiful, and haunting, and full of emotion. And I’m in love with it. I’m already singing along–silently since I’m at work–with them. Give it a listen. It’s worth it.

Now, on to TTT! This week’s topic is sequels you are dying to get your hands on. I’m not sure I currently have ten, mostly because I’m seriously behind on reading, But here goes nothing!

I think that’s it. I have multiple–I can think of at least seven right now–series I want to start reading. But books are expensive! And unfortunately I have to be a “responsible adult” and not spend all my money on books. At least Christmas is just around the corner! I can load-up my Christmas list with books!

I think that’s it for me today, folks!

Hi yall! I hope you had a great weekend!

I got a little surprise on Saturday (surprise because I wasn’t expecting to get it so soon): my Cara box! And it was pretty great, I have to say. I kinda love it :). Abby over at According to Lil Ol’ Me did a great job! 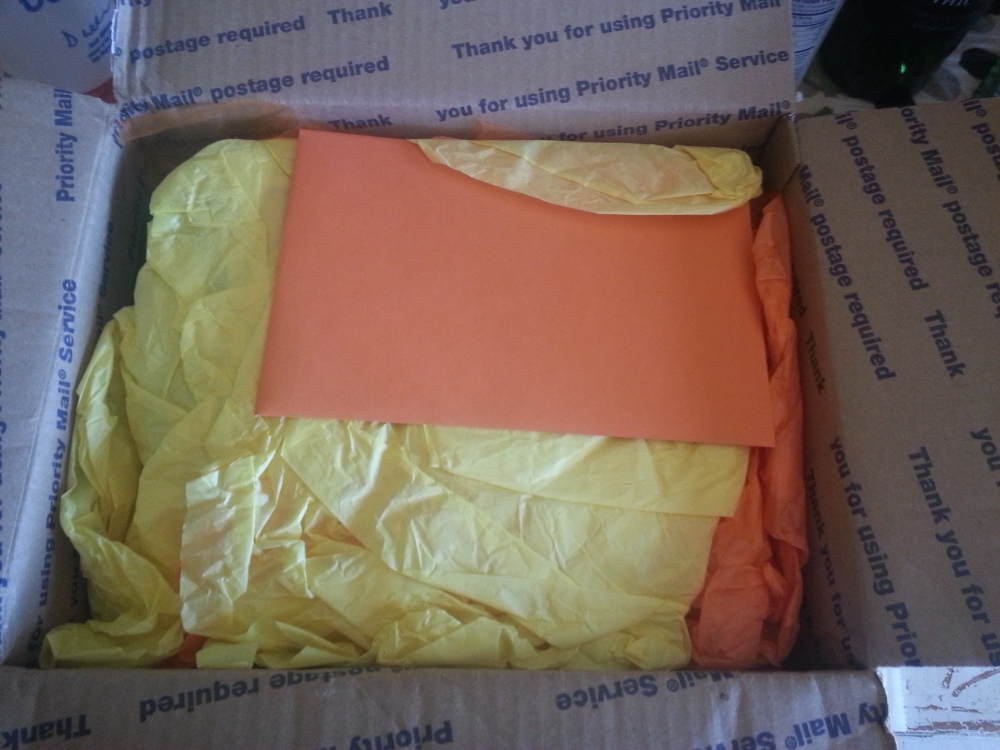 Here’s what I got:

Pretty awesome, right?! Thanks so much Abby! It was fun getting to know you and I really love my box!

This was an excellent mail weekend, because I also got books! Last week, I ordered several on Amazon Marketplace. And I did pretty good, if I do say so myself. It’s not often that you can 10 books–three of which are hardcover–for $40, including shipping. Bookish deals always excite me since I don’t usually have much extra to spend on them :).

Here is what has materialized recently on my coffee table:

I’m excited! I’m looking forward to some intensive reading therapy in the near future!

Now, before I head off today, I have one more thing to share. I usually try and save music for Wednesday, but today is going to be an exception, because McFly has a new single entitled Love is On the Radio, & I love it. I think I’ve listened to it 5 times since 10 o’clock this morning :).

Welcome to November, everyone!

That means Christmas isn’t very far away. On my agenda this weekend (along with the usual, like cleaning, laundry, and binge-watching Doctor Who): start working on Christmas ideas! And maybe start putting together my Christmas/Holiday music playlist. And probably start watching Christmas & holiday movies. 🙂

Have a great weekend! 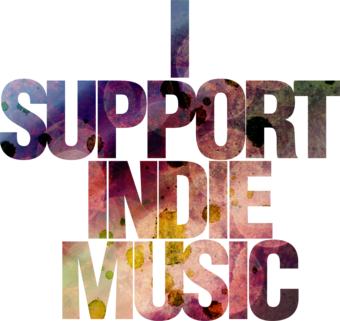